I think it says a lot about the fictional town of Ogden Marsh that they hired such a switched-on sheriff to police their town.
Timothy Olyphant puts in his usual golden performance as a small town sheriff dealing with an outbreak which causes the inhabitants to turn into homicidal maniacs.
Remake aside – This film is beautiful.

I think the scariest thing about this film is that it’s believable. Well, if you live in a small town in middle America and there’s a deadly viral outbreak……. Then it’s really quite believable. 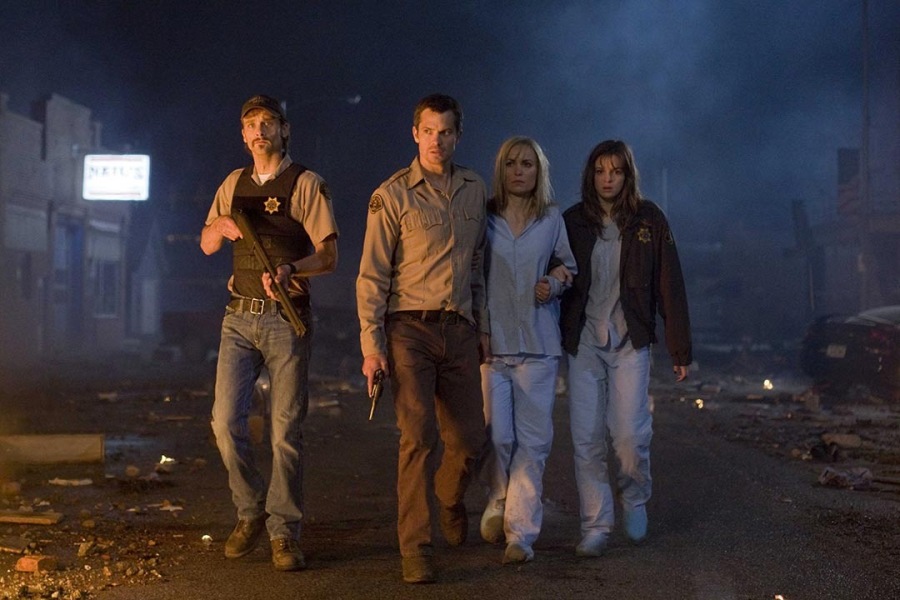 The infected townsfolk don’t present with any grotesque physical disfigurements (rotting flesh etc) akin to classic zombie films. They wear vacant expressions whilst inside they’ve completely snapped. And what’s worse is that the infection time causes the sufferer to gradually lose rationality. This is the films main weapon. Are they a crazy? A bit annoyed? Or just a slack jawed yokel? Right down to the government response and subsequent quarantine. It’s all so well executed.

It’s suspenseful in all the right places. It’s got ‘he’s-behind-you’ style double bluffs which leave the viewer uneasy even after their resolution. The elements of surprise horror are eloquently utilized at every turn and there’s an adequate amount of gore to keep even the most hardcore George A Romero fan happy. But the film doesn’t rely on it as a major trope.

In conclusion: you won’t go to a car wash for quite some time.

Today we're taking a look at the incredible new Lego Star Wars game - Lego Star Wars : The Skywalker Saga.
Today we're testing out these awesome dumbbells for the @metaquest from the folks over at @kiwidesignins ! Head over to CRAZYDISCOSTU.COM to see how we got on!
Today we're celebrating the fantastic work of the 501st Legion!
Nom nom nom! Death Star Ep II Imperial Stout from @northernmonk is our review today over at CRAZYDISCOSTU.COM