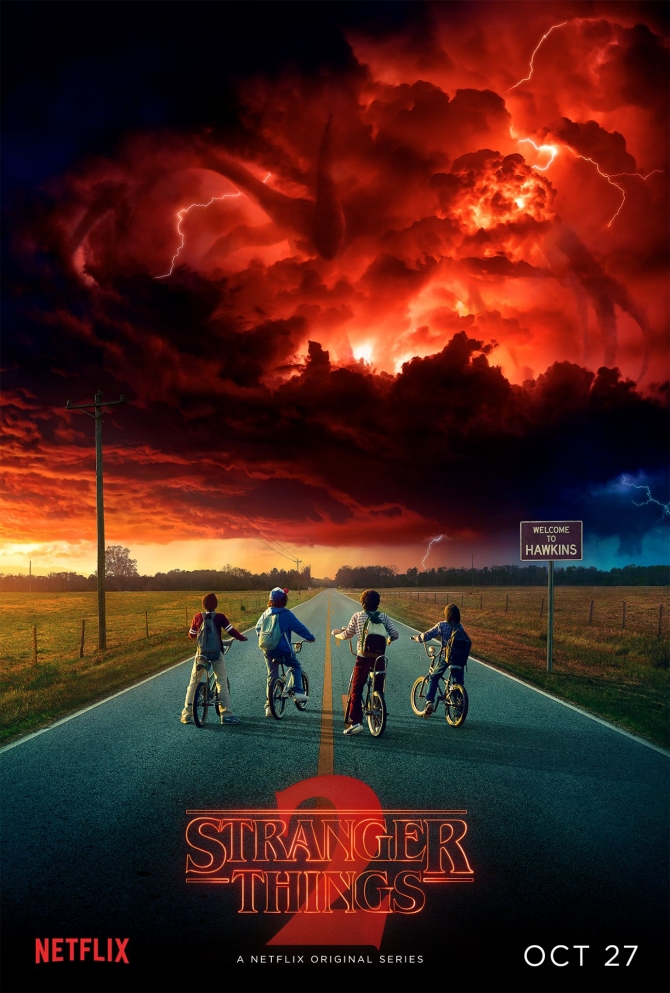 I’d like to talk about THAT episode of Stranger Things 2. Now i know what you’re thinking – Come on Stu, it’s an amazing series, surely we can let one less-than-perfect episode slip through the net? To that i say – No. No we cant. Having stuck with The Walking Dead through the thickest of thick and thinest of thin and observed how easily a show can slip in quality – it’s time to draw a line in the sand and scream NO MORE POORLY CGI’d GOATS!!!

I refer of course to episode seven : ‘The Lost Sister’. From the season opener we are intrigued by the relevance of these new characters and the abilities of one in particular : Kali. Her powers seem at first to be psychokinetic in origin, we later find out that they are a type of hypnotic mind control. The opening introduction is forgotten about as we make our way home to Hawkins to see the rest of its story unfold – and all is well…

‘The Lost Sister’ seemed to be slotted into the ST2 story as filler. It was written in a contrasting style and of little relevance to the rest of the series aside from the season opener. I will concede that it is good that the Duffer Brothers are taking risks and by moving the story out of the town as it opens up a world of storyline possibilities. However it feels like there is no clear logic to the move other than adding an unwarrented dimension to Elevens story and shoehorn somemore references.

The homage to Luke’s training with Yoda (from Empire Strikes Back)and The Invisibles references did indeed make for a nice interlude but it wasn’t enough to carry the episode. Kali/008 as it turns out isn’t very interesting at all, at least not enough to follow in any real sense of story.

Eleven becomes a caricature and we lose any sense of emotional connection to her plight – the theme of a girl with a troubled past trying desperately to ground herself. A theme which the writers had painstakingly built during the shows first season. A theme which was further built in the second season with more focus on the mysterious girl coming to terms with her new life as she explored the location of and connection to her mother, to her troubled relationship with ‘Papa’ (Dr Brenner), and to the sister she had lost. The weight to all of these plot points was cast aside. The weight of her role within the gang as a hunter (and the ensuing scene where she is tasked with killing those involved with their incarceration) was completely diminished.

As was what should have been a stronger reveal that Dr Brenner was still alive – a reveal which felt nonchalant and downplayed by its placement within this excursion. Not that Brenner was ever a match for the Demigorgon as the primary antagonist of ST1 but now that we’re invested in Eleven (Jane)’s story it seems fitting that we should care. After the events of episode 6 (The Spy) and the development of the overall plot ‘The Lost Sister’ only serves to break the build in tension.