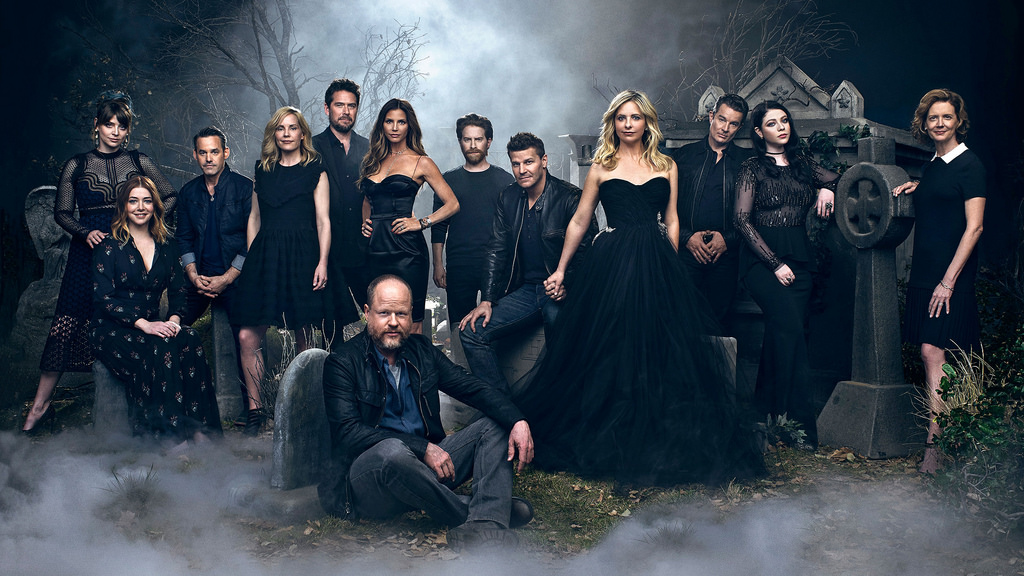 With the announcements of Frasier, A.L.F., and Charmed being rebooted modern television and cinema studios double-down on their lack of artistic vision. The latest show to be touted for a garbage-fire rehash is Buffy The Vampire Slayer and the reaction has been one of monumental rage. Here’s why :

When the announcement of the Ghostbusters franchise reboot came anyone who spoke out against its inception was labelled a sexist, a misogynist and a man-baby. Regardless of platform anyone who spoke out on the quality of the idea (and independent of its poor realization) was labelled a basement troll (I’ve already spoken at length on the film and its narrative mentality HERE). 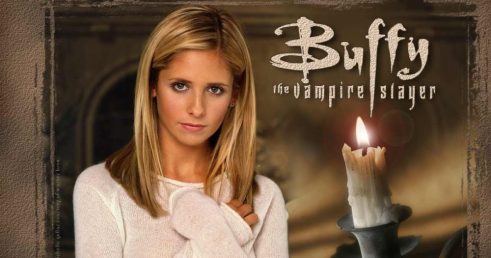 The difference with this (reboot of a film, 1992) reboot in particular is that a beloved Feminist icon is being rebooted and with a race swapped actress in the lead role. As with that previous mentality could we then infer that the Buffy-crybabies are racist? With that being the thought process in previous “swap” reboots – I find it very interesting that those who pedaled that particular narrative abandon it when it’s a franchise that they strongly enjoyed.

Never the less, being of sound mind we can clearly see that race is not the issue (and never has been) here. It’s about fandom. The love of a franchise.

This reboot began with a diversity statement instead of (like the original) beginning with a compelling story that wove these aspects into it. To me that’s a window into how these studio decisions are made. Modern creators arent creating. They’re not taking a chance on new writers or stories, they’re digging up old worlds with existing audiences and hoping that the old fans will bathe in the nostalgia and the new fans will climb aboard. When did this formula work ? What playbook are they copying this from? Answers in the Comments.

Buffy was a show that was already progressive – involving LGBT characters and storylines, gender and race politics, interspecies relationships and strong female role models. Inclusivity and diversity in a period of time when no one else was sticking their neck out. When it aired the show was ACTUALLY progressive. ACTUALLY cool and edgy.

The premise to reboot is just plain LAZY. Depriving this generation of their stories by forcing social narratives into the shoes of previous character and worlds is nothing short apocalyptically boring.

With regards to the choice to move forward, I think I’m unintentionally with showrunner Monica Owusu Breen on this one: 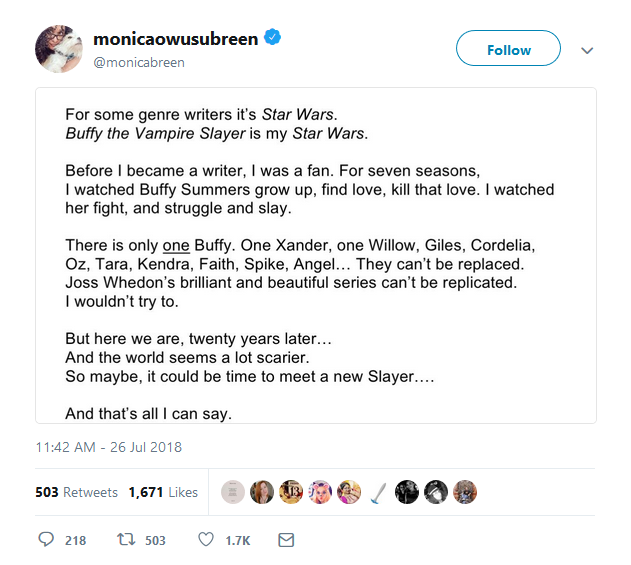 but the problem here is that we’re not meeting a new slayer : We are meeting the reboot of an old one.

Why not build an original character with their own lore? Why not put that character into their own world? Or in this case – why not a new Slayer? The original show ended with enough plot-room to make that happen.

And Joss Whedon should know better. The question has been asked – “How much of this decision was his efforts to virtue signal and in some way to atone for his treatment of women over the years?”

Heres the news : no one cares. Buffy was important for so many reasons and the show finished strong. No one cares that the new lead is a person of color, outside of narrative-pedlers. No one cares that some of the characters will be gender-swapped because that cliché has always and will always be just plain lazy.

And if you’re out there TV execs…….. Leave. Quantum. Leap. Alone.

UPDATE : After the initial announcement was made and its subsequent backlash – the powers decided (rightly so) to make the new show a sequel to the iconic series. The decision was also made to make a new slayer character in the show instead of rehashing the old one. Is this progress? Or just backpedaling? Answers below….

CrazyDiscoStu is a participant in the Amazon Services LLC Associates Program, an affiliate advertising program designed to provide a means for sites to earn advertising fees by advertising and linking to Amazon.Com – Check out our selection!