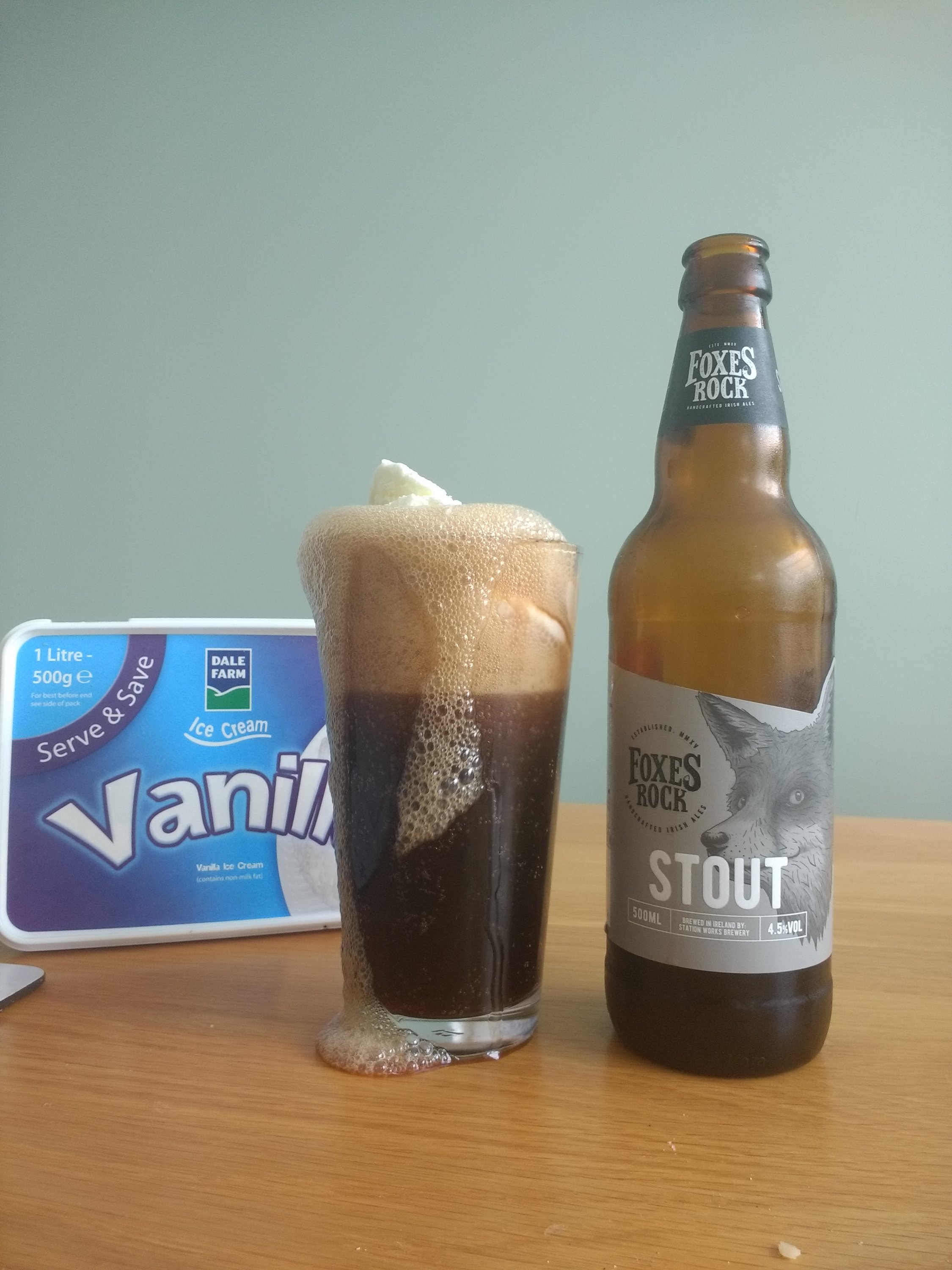 HAPPY ICE CREAM DAY ! A while back, Kit at Wild Wonderful Women Of Brews made an Instagram post of her Lunar Pastry Stout by Big Timber Brewery, and as it was National Ice Cream Day turned it into a stout float. (You can check out her post HERE) Salivating at the very thought of it, we decided we’d try it for ourselves with a local variation.

Lets Talk Floats : Where Did They Come From?

“The ice cream float was invented by Robert McCay Green in Philadelphia, Pennsylvania, in 1874 during the Franklin Institute’s semicentennial celebration. The traditional story is that, on a particularly hot day, Mr. Green ran out of ice for the flavored drinks he was selling and used vanilla ice cream from a neighboring vendor, inventing a new drink. His own account, published in Soda Fountain magazine in 1910, states that while operating a soda fountain at the celebration, he wanted to create a new treat to attract customers away from another vendor who had a fancier, larger soda fountain. After some experimentation, he decided to combine ice cream and flavored soda. During the celebration, he sold vanilla ice cream with soda and a choice of 16 flavored syrups. The new treat was a sensation and soon other soda fountains began selling ice cream floats. Green’s will instructed that “Originator of the Ice Cream Soda” was to be engraved on his tombstone. There are at least three other claimants for the invention of the root beer float: Fred Sanders,Philip Mohr, and George Guy, one of Robert Green’s own employees. Guy is said to have absent-mindedly mixed ice cream and soda in 1872, much to his customer’s delight.” – Wikipedia (https://en.wikipedia.org/wiki/Ice_cream_float)

As you can see from the photo – it was a beautiful combination. I opted for a textbook Stout style (that is in the sense that it wasn’t a “sweet” Stout). I consider Foxes Rock as a well-rounded and full-bodied Stout. I chose this because the flavour profile is distinct and to put it plainly – as Stout as Stout can be.

Paired with Dale Farm Ice Cream because, for folks here in Northern Ireland, Dale Farm is the go-to brand for ice lollies!

My thinking was that the Stout would provide a malty, slightly bitter flavour, with the ice cream bringing the sweetness. The idea is that they meet somewhere in the middle with a creamy taste.

How Did It Turn Out ?

The result was a deliciously decadent creamy masterpiece. The taste was indeed luxurious but the malty bitterness was still very prevelant.

Being aware i only had one bottle of Foxes Rock i decided to try out the (online) recommendation of adding some coffee liqueur. This really was the missing piece of the puzzle. The coffee liquor changes the profile and steers it into a sweeter territory and highlights the chocolate notes of the stout.

As sacrilegious as the gatekeepers may view this heinous act i have to testify – it was a fantastic experience and highly recommend it to everyone. If you’re going to go with a sweet stout i recommend forgoing the coffee liquor as it may be too sickly sweet, but what do i know? You do you!