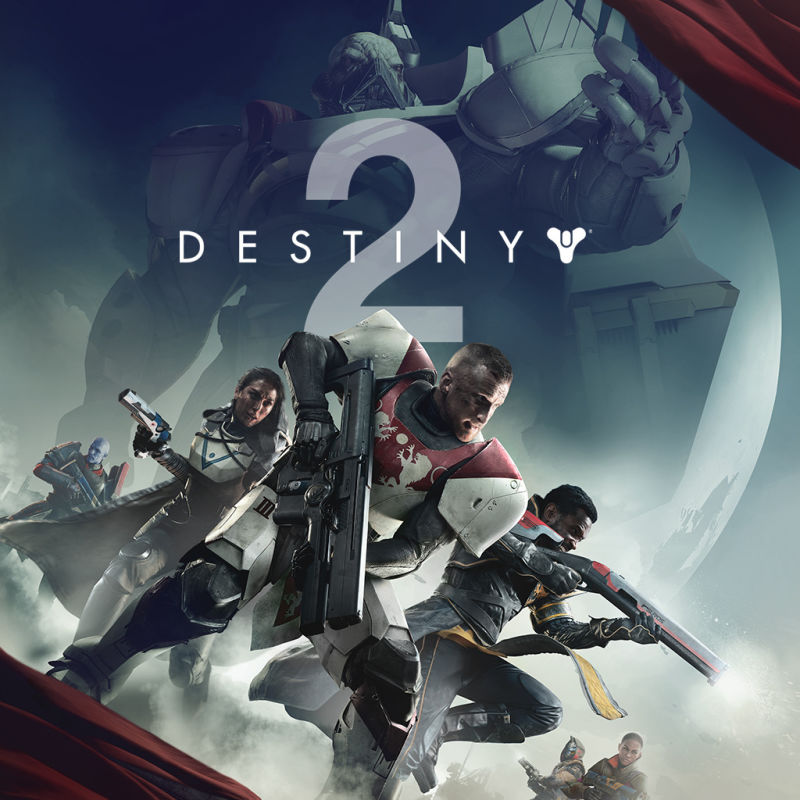 Back in the day (gather round children, old man Stu is gonna tell us another one of his stories about how things were better in his day…….) we would feel privileged when a new game came out. There would be a certain amount of reverence when a game studio graced us with their latest offering. Maybe it was the naivety of youth or the ever-evolving quality of gaming – but back then it felt like a big deal and there was a certain amount of respect for the games and their developers. Nowadays, you young whippersnappers are bad-mouthing games before you’ve even seen their trailer, let alone played them. Destiny 2 is the story of a game that has evolved to please the fans, so why is it still met with negativity?

Disclaimer : I’m reviewing from the perspective of the vanilla/base game as this is the most honest interpretation of the game.

It’s becoming a more and more accurate adage that the gamers who talk the most shit about a game are the ones who have played it the most, and are also the ones who will continue to play it despite their protestations. It’s a rite of passage to become so totally immersed in a game that (in your infinite wisdom and gaming knowledge) you are somehow more qualified than the games developers to deconstruct their art and offer your sage-like advice. (Much akin to Dylan Moran’s observations on “roaring advice at the best athletes in the world” from the comfort of your armchair)

Here we are – a bunch of words in and I havent even started talking about the reason we’re all here…. Destiny 2. (still, it wouldn’t be modern gaming journalism unless i began this article by blaming gamers for everything wrong now would it?)

Back when Destiny 1 was released fans were captivated. This was a new concept in a relatively stale FPS/MMO-lite market. With the release of Destiny 2 the fans attention soon became divided on titles like Warframe and eventually Anthem (with all of its perceived problems. See opening paragraphs). 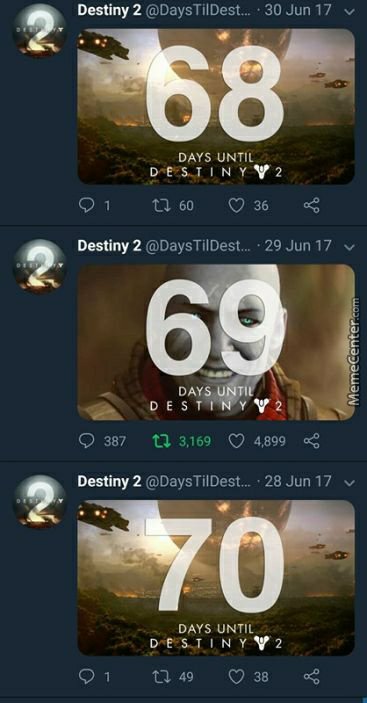 Bungie prides itself on being a community company, and contrary to what you might read on forums the net-over, they listen to the fans. The company’s output history can attest to that (the Halo franchise being no exception). As we’ve seen with this particular release they have listened to fan-criticism of the PvP experience and taken actions to make it more enjoyable – the nerfing of Shotguns being a personal favourite. This also includes a schedule of content and events to keep gamers of all interest levels happy.

The most commonly held belief is that the latest franchise DLC’s were a bit thin. Aside from mixed reviews it seems Curse of Osiris and Warmind alongside Forsaken would have made a good sequel game, and the base game without those additions was essentially just Destiny 1.5. Which is a fair commentary but not one I would personally subscribe to (as I have not palyed these expansions).

Another opinion is that Activision were solely to blame for the pushing of DLC and the microtransaction-pimping that currently infects the game. This could be the sour accusations of their exes friends but we can only hope it isn’t a trend that will plague D3 (Destiny 3. Not Mighty Ducks 3. Sadly).

The main gripe here is that so much content has been locked behind the DLC’s. The most publicized of these being the overcharging for in-game content such as the $10 emote scandal, the silver economy of Eververse and the ripping of weapon content from base game and re-branding it.

What I say to that is simple : we’re seeing free-market capitalism in action and the only solution is to vote with your wallet. A few souls with more money than sense may entertain this behaviour for a while but in the long run the fans have a voice and a listening ear in the continued development of the game.

Many would argue that ear is not listening –  but to that I say utter poppycock! The game has been crafted and guided since release in 2017. D2 (not Mighty Ducks 2. Sadly) is not the same game now that it once was. To suggest otherwise is the incessant whining of a child in a toy shop. Bungie listened to the community during the XP-throttling and leveling scandal. They listened to the abuse over “2 tokens and a blue”. They listened to criticism of past events like Gambit and Iron Banner and made changes accordingly.

Researching the future of the franchise it doesn’t take long to stumble awkwardly over calls for Destiny 3 to be “free to play”. It’s a move that seems to be working out well for games such as Fortnite and World Of Tanks, aside from the previously mentioned Warframe which also boasts an impressive forecast of content. 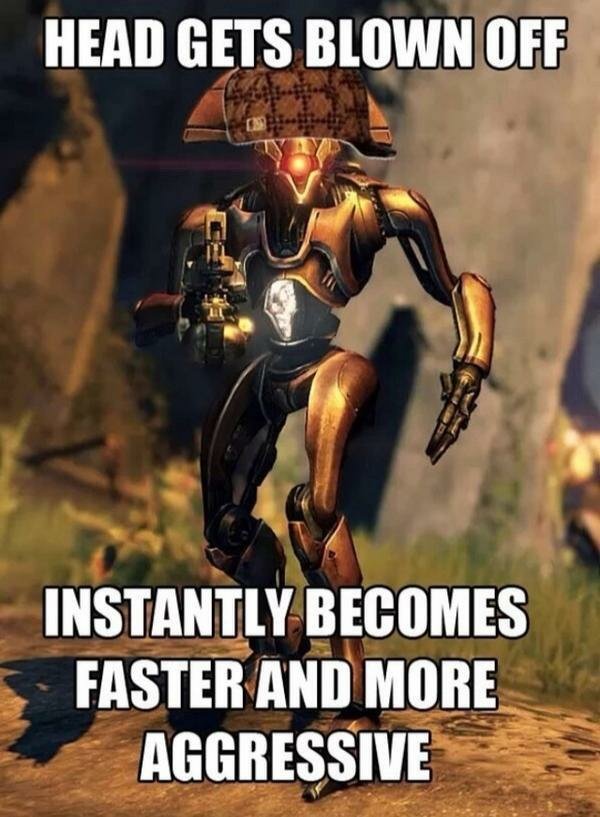 What did Destiny 2 get wrong?

The gear/weapons – a lot of it looks like rebranded weapons already available.

So much content locked behind DLC which is pushed on players.

Raids and other events aren’t accessible till at least 270 and even then are next to impossible to complete at that light level.

Shaders are one-time use and there is no merchant to buy specific replacements from (sure, we’re drowning in shaders but the rarer ones aren’t coming. This makes it strange to have an inventory limit also)

Endgame Glimmer is constantly maxed out because there is nowhere to spend it aside from bounties which doesn’t even the ratio out.

Destiny story line is deep but the richness is stored in the lore sections and hidden. D1 (not Mighty Ducks 1. Why would we be talking about those films here?)  had the grimoire but that information wasn’t presented in-game – Destiny 2 lore is an extension of that bad idea.

Character creation is worth mentioning but to be honest i like it. Theres enough variation there for 5 minutes of combined time your character is visible. (get yourself a good makeup styling app on your phone instead)

Ships really serve no purpose. Again I didn’t really want to put this one in but a wider range of styles wouldn’t go amiss.

“I can get this open – just hold them off”

Grind is part of the story. We get it, but also its shameful padding.

Enemy AI. Not to compare it to Halo but those enemies made outflanking look like an Olympic sport.

Some of the time/reward aspects of events and raids don’t really even out.

So what did Destiny 2 actually get right?

The option to carry over your character from Destiny 1

Planetary quests (sectors and chests) – even trying to complete them all there’s always something going on around you on-planet. The replayability of public events means participation of other guardians and rep tokens

Good-looking game. Stunning even. The graphics are beautiful. The colors. The planets are vibrant and distinct. Fantastic attention to detail

The score is atmospheric. Whether it’s the strings, the synth techno or industrial metal – the soundtrack is well put together.

The in-game sounds are crafted and the weapons are distinct as are the voice talents.

The map. We’re spoilt at having one.

Clans and the bonuses granted to their members 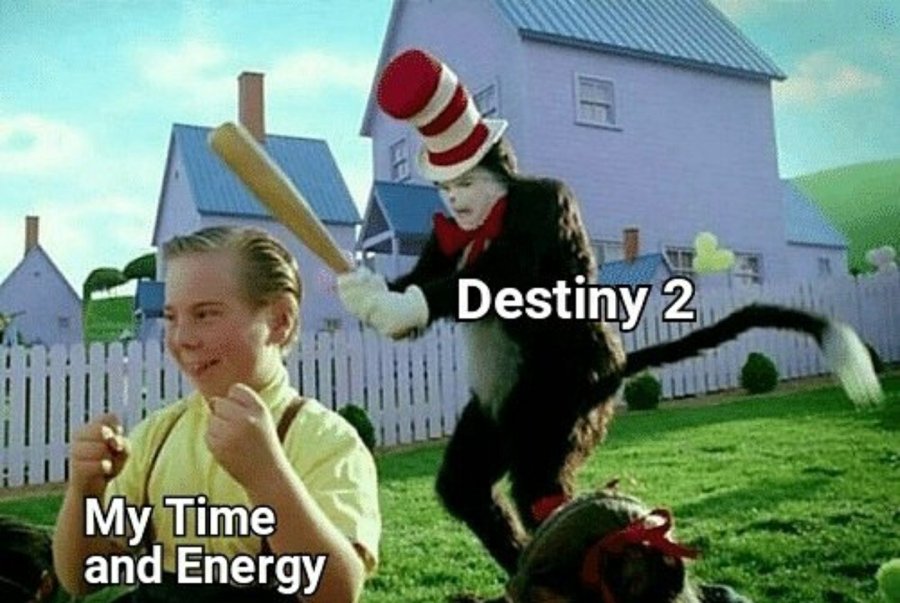 Whilst it looks like the cons outweigh the pros it’s worth noting that many games do not have a pros column. Gamers are presented with a product for better or worse and without the option of updates or scheduled content.

The play style of Destiny can be broken down into a simple dynamic – there is enough in the campaign to keep the casual gamer attentive, and enough endgame content to capture the hardcore gamer. For the latter, it’s all about that light power grind, aaammmmiiiirriiiggghhhhttt??????

Fundamentally though there is a definite gap between where one meets the other. Fans refer to it as the softcap : the place where the levelling up power slows to snails pace.

I’m currently in that nasty gap space I mentioned between the endgame softcap and being able to competently participate in raids. I’m grinding like an absolute beast and despite sitting around 275 i’m still managing to hold my own in the crucible against you 650-light level animals.

Being the sexy Warlock that I am even i get sick of the tenth Prophet Snow armor set that strike, but there comes a point when you must realize that the gear has its own level restrictions.

In my opinion Destiny 2 got the multiplayer aspect of gaming down to perfection. Online multiplayer gaming struggles when it tries to blend PvP and PvE elements together, obviously as these are almost opposing concepts. Destiny triumphs at making the experience participatory rather than the industry standard of enforced participation. Rockstar played with this concept in GTAOnline with its safe-mode (something that RDROnline is severly lacking) but not just that – a PvE experience that cannot be ruined by other gamers. They perfected a system where players can work together without negatively affecting one another.

A middle-aged man plays Fortnite for the first time ! Find out what he discovered over at CRAZYDISCOSTU.COM
Today we're looking at the small and mighty GK50 mini PC from the folks over at @minisforumtech
Today we're looking at #Diehard ! Head to CRAZYDISCOSTU.COM where I get into the various factors which more-than qualify it as a festive-genre release (pointing out that the film is set at a Christmas party on Christmas Eve, soundtracked with festive tunes, includes references to Santa, includes traditional nativity tropes such as travellers and a pregnant lady, contains subject matter of friendship, family, togetherness, “HO HO HO“, actual Holly (Genero/McClane) and John McClane bringing the gift of justice to terrorists during the holiday season)
Today we're looking at the @theswitchbot indoor camera. We put this smart home tech to the test over at CRAZYDISCOSTU.COM (link in bio).